Things Women go through as a Mother

Things Women go through as a Mother 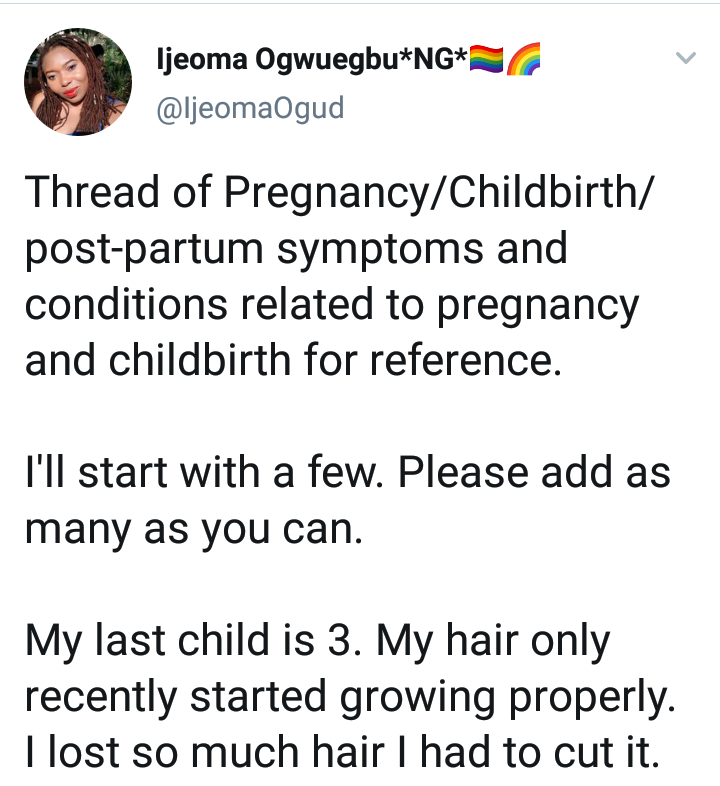 A thread has been on going on Twitter since yesterday about what women experience during pregnancy and labour experiences. Some women took their time to narrate their experiences about the good and unexpected things that happened. Their stories were almost horrifying.

A Twitter user @ijeomaogud took her time to further explain and narrate things that happened to most women including herself during pregnancy and life as a new mum. Here are a few of her experience.

She said "After delivery, you sometimes have this awful discharge that comes out of your vagina. Its sticky and stinks. I believe its your body expelling at the rest of the things that helped you carry and birth your child.

It can go on for weeks.

"Labour itself is a major design flaw for any specie. One part of the human race has to literally endure torture to continue the race.

Also bearing in mind that poorer women are more likely to die than a woman with more money/privilege.

"Your hormones, haywire right after birth. You're going from hating your child to feeling guilty to starting to resent them to feeling love and then feeling grateful that you CAN love your child and you're not a terrible woman. Only an evil woman would dare not love her child.

Are you a mother and can relate with these experiences? Share yours.

#newmom #postpartum #pregnancy #experience
If You want to add Image for your answer
Anonymous?