Couple sue Fertility Clinic for Birthing a Baby not Theirs

Couple sue Fertility Clinic for Birthing a Baby not Theirs 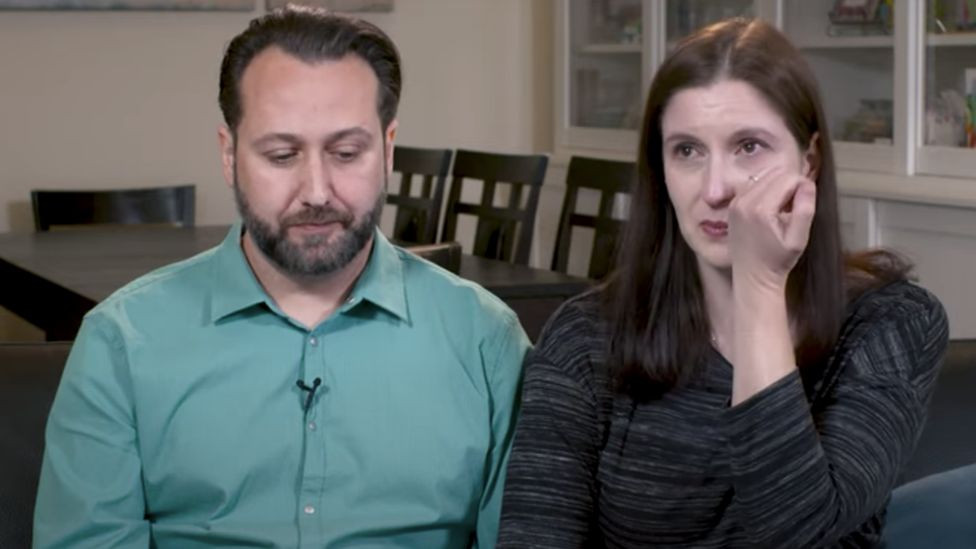 A California couple is suing a fertility clinic for giving birth to a stranger's child after being given the wrong embryo by the clinic during in vitro fertilisation (IVF).

IVF is a procedure during which a woman's eggs are fertilised by man's sperm in a laboratory before the embryos are implanted into a woman's uterus.

Daphna and Alexander Cardinale say they gave birth in September 2019 to a girl that looked nothing like them.

After a DNA test, they found the stranger couple that carried their own daughter to full term, and together decided to swap the girls.

The couple are now suing the Los Angeles-based fertility centre, the California Center for Reproductive Health (CCRH), as well as In VitroTech Labs, an embryology lab alleging medical malpractice, negligence and fraudulent concealment.

In an emotional news conference on Monday, November 8, Mrs Cardinale said her family's "heartbreak and confusion can't be understated".

"Our memories of childbirth will always be tainted by the sick reality that our biological child was given to someone else, and the baby that I fought to bring into this world was not mine to keep."

Mrs Cardinale said she was "robbed of the ability to carry my own child".

According to the lawsuit, the couple sought help from the fertility clinic in the summer of 2018.

Mrs Cardinale gave birth the next year to a child they thought was theirs.

In the delivery room, Mr Cardinale had expected "a fair child", like their firstborn, but he was surprised to see the baby girl "came out with much darker skin", says the lawsuit.

"It was so jarring that Alexander actually took several steps away from the birthing table, backing up against the wall," reads the lawsuit.

Nearly two months later the family decided to take at-home DNA tests, which ultimately determined they were not biologically related to the infant.

"The room shrank and got really dizzy and everything just went numb," Mr Cardinale said, recalling the moment the DNA results came back.

The CCRH then helped them find the California couple who had carried their daughter and had given birth to another healthy girl a week apart. The Cardinales' daughter was around four months old when they first met. After several meetings, the couples agreed to go through the legal process of formally exchanging the babies, which happened in January 2020.

"Instead of breastfeeding my own child, I breastfed and bonded with a child I was later forced to give away," Mrs Cardinale said at the news conference.

She added that the incident has been hardest for the couple's seven-year-old daughter, who has struggled to understand the swap.

"The horror of this situation cannot be understated," says the lawsuit.

Mrs Cardinale and her husband have sought mental-health treatment for "symptoms of anxiety, depression, and PTSD", says the legal action.

Adam B Wolf, a lawyer representing the Cardinales, said the other family in the IVF mix-up also plans to sue, but will remain anonymous.

IVF Fertility Medicalerror Parenting Surrogate
If You want to add Image for your answer
Anonymous?