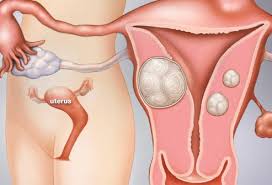 We all know that the causes of Fibroids have not fully been understood. It is believed to be predominant in African women, and gene. It's however treatable.

According to Dr Joseph Nelson on Facebook he stated some remote causes of Fibroids.

" Fibroids growth can be attributed to a few factors. These factors differ for every woman, as fibroid's root cause has not been scientifically determined. There are treatment options depending on your reproductive goals, the severity of your symptoms, and the location of the fibriods".

1. Too much Estrogen and not enough Progesterone. Many factors in our diet cause us to have too much estrogen. Sugar and refined carbohydrates are causes of hormonal imbalance. They affect INSULIN levels in the bloodstream causing a chain reaction of other hormonal processes including producing too much cortisol and testosterone. Excess caffeine and soy products have similar effects on hormonal balance. Estrogens from MAKE UP, PLASTIC.

2. Genetics also play a factor in fibriods production within the uterus. If your mother had them it is likely that you will as well.

3. Synthetic hormone consumption from foods such as animal protein and dairy. Milk, cheese, yogurt, and meats(especially processed meats such as salami).

Consuming organic animal protein can reduce your intake, however there are still some hormones naturally ingested as these proteins are consumed.

4. Alcohol consumption can have an impact on fibriods by increasing sugar in the bloodstream. The liver is responsible for processing hormones, especially estrogen. When the liver is overburdened by refined "empty" carbohydrates with little to no nutrients it makes it difficult for the liver to do its job and get rid of excess hormones.

5. Not eating enough fruit and vegetables that help excrete estrogen. Those who consume citrus fruit have shown to have lowered risk of fibriods. Consuming broccoli and cruciferous vegetables also help to balance estrogen levels.

6. Not getting enough VITAMIN D and ZINC is also a leading factor in fibriod growth. Test and don't guess and I bet you are in both if not supplementing!

7. Starting your period early has also shown to have increased risk of fibriods development.