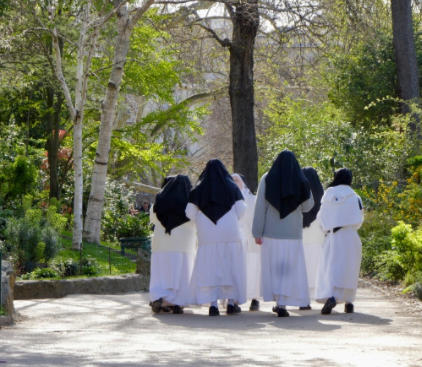 Nuns used crucifixes to rape girls during decades of abuse by French clergy members that saw attacks on 330,000 children covered up "by a veil of silence".

Victims of abuse within France's Catholic Church welcomed a new report which estimated that hundreds of thousands of kids were sexually abused over the past 70 years.

The 2,500-page landmark report was released Tuesday, October 5, after more than two years of investigations by an independent commission. 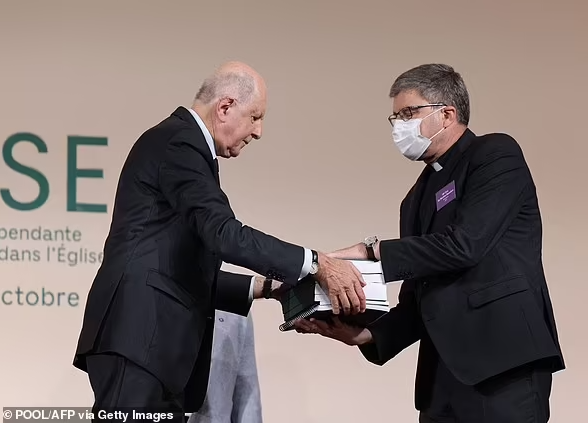 A victim named "Marie" testified that she was abused as an 11-year-old and that when she complained about the abuse to her parents they refused to believe a nun could do such a thing. The abuse continued for another year.

Marie said: "I was truly [a gift] for this nun... because she knew full well that she did not risk anything."

Eighty per cent of victims were young boys between the ages of 10 and 13, however many girls also suffered abuse, not only by priests but also by nuns.

Nuns used crucifixes to rape little girls or forced boys to have sex with them, according to the report.

The investigation found that an estimated 330,000 children were victims of sex abuse within France's Catholic Church between 1950 to 2020, with an estimated 216,000 people abused by priests and other clerics.

Olivier Savignac, who was sexually abused by a priest in 1993, at the age of 13, has contributed to the report as a victims' representative.

Savignac said: "I perceived this priest as someone who was good, a caring person who would not harm me. But it was when I found myself on that bed half-naked and he was touching me that I realised something was wrong."

He says the abuse, which carried on for years, damaged him for life: "It's like a growing cyst, it's like gangrene inside the victim's body and the victim's psyche."

"We can see how systemic it was ... with an estimated number of 216,000 victims," Savignac told Reuters, adding that the Church could not have ignored something of that magnitude.

"It's an earthquake, a hurricane, a tsunami ... when you see these numbers, it's so damning that no one can stay in denial, whether the Catholic Church or society as a whole," he added.

Pope Francis today expressed to the victims his "great sorrow, for their wounds", adding that he was grateful for the courage they had shown in denouncing what they had been through.

A statement from the Vatican said: "First of all [the Pope's] thoughts go to the victims, with great sorrow, for their wounds."

"[His thoughts go to] the Church of France, so that, in the awareness of this terrible reality ... it may embark on a path of redemption," the statement added.

The President of the Conference of Bishops of France, Eric de Moulins-Beaufort, said Tuesday "we are appalled" at the conclusions of the report and the numbers of victims.

He said: "This report is tough, it is severe. We have heard the voices of the victims, we have heard their numbers, they are beyond what we could imagine.

"It is truly unbearable. I express my shame, my dread, my determination to act. You, the victims, some of whom I know by name, I want to tell you that my desire on this day is to ask for your forgiveness."

The commission that compiled the report urged compensation for victims and strong action from the church.

The president of the commission that issued the report, Jean-Marc Sauvé, said the estimate, based on scientific research, includes abuses committed by priests and others clerics as well as by non-religious people involved in the church.

The report says an estimated 3,000 "criminal paedophiles" - two-thirds of them priests - have preyed on hundreds of thousands of mainly young boys who were at Catholic schools and other institutions.

Some 86 per cent of victims were male children - many of whom did not report the abuse they suffered for decades.

Sauvé said the overall figure of victims includes an estimated 216,000 people abused by priests and other clerics.

The independent inquiry covered alleged sex abuse of minors by French Catholic priests, deacons and other clergy since 1950, and found the abuse was a "massive phenomenon' that was covered up for decades by a "veil of silence."

The independent commission, made up of 22 lawyers, doctors, historians, sociologists and theologians, worked for two-and-a-half years, listening to victims and witnesses and studying church, court, police and press archives starting from the 1950s.

A hotline launched at the beginning of the probe received 6,500 calls from alleged victims or people who said they knew a victim.

"The consequences are very serious," Sauvé said. "About 60 per cent of men and women who were sexually abused encounter major problems in their sentimental or sexual life."

Francois Devaux, a victim abused by a now defrocked priest, said the number of victims the report identifies is just "a minimum" of the total people actually abused. 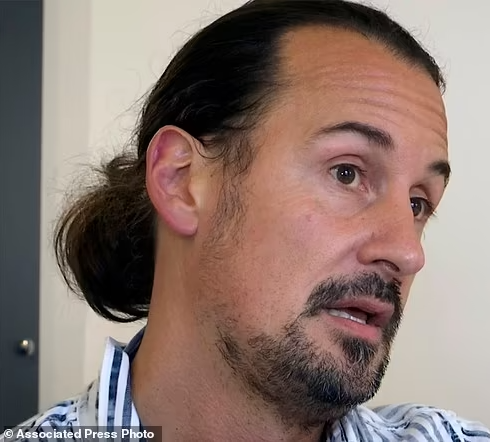 "Some victims did not dare to speak out or trust the commission," he said, expressing concerns that the church in France still "hasn´t understood" and has sought to minimize its responsibilities.

Pope Francis issued in May 2019 a groundbreaking new church law requiring all Catholic priests and nuns around the world to report clergy sexual abuse and cover-ups by their superiors to church authorities.

Pedophile Sexualabuse Nuns Religion France Childabuse
If You want to add Image for your answer
Anonymous?