Thinking of the Best Birth Control? Check these Popular Methods

Thinking of the Best Birth Control? Check these Popular Methods 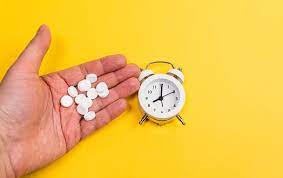 Unintended pregnancy is a pregnancy that is either unwanted when no children or more children were desired. It can also be pregnancy that occurs earlier than planned or desired. According to a report by Guttmacher Institute, in 2011, nearly half (45%) of the 6.1 million pregnancies in the United States were unintended. 27 % were later wanted, and 18% of pregnancies were unwanted.

Regardless of your marital status, birth control is an essential factor to consider, however, you should check a trusted family planning centers and speak with your health care provider and choose the best one for you. Although contraceptives prevents pregnancy, hormonal contraceptives, do not protect you against sexually transmitted diseases or infections.

Popular Contraceptives and their Failure rates

Levonorgestrel intrauterine system (LNG IUD): It is a small T-shaped device like the popular Copper T IUD. It is placed correctly inside the uterus by your health provider. It works by releasing a small amount of progestin daily to prevent you getting pregnant. Its normal failure rate is between 0.1-4 percent.

Copper T intrauterine device (IUD) is a small device in form of a T. It can last in the uterus for close to 10 years, its usual failure rate is 0.8%

It is a hormonal birth control; it is a single thin rod placed under the woman’s upper arm. Implant contains “progestin” that is released into the body over a period of 3 years. Its usual failure rate is 0.1 percent.

It’s also a hormonal device; the injection containing progestin hormone is giving every three month either in the buttocks or arm. Its usual failure rate is 4 percent.

Combined oral contraceptives also known as pill contain both estrogen and progestin hormones. It is usually prescribed by a doctor and it’s taken every day. However, if you are older than 35 years and smoke, have a history of blood clots, or breast cancer, your health care provider may recommend you don’t take the pill. Its usual failure rate is 7 percent.

Progestin only contraceptive contains a single hormone- progestin and it’s sometimes called mini-pill. It’s taken daily, and may be good alternative for women that can’t take estrogen. Its usual failure rate is 7 percent.

Hormonal vaginal ring releases both progestin and estrogen hormones. The ring is inserted inside the vagina and worn for 3 weeks, it is taken out the week a woman has her period, and then a new one is inserted again. Its usual failure rate is 7 percent.

The skin patch is worn on the lower abdomen, buttocks, or upper body. It releases progestin and estrogen into the bloodstream. A new patch is placed once a week for three weeks; in the fourth week, you do not need to wear a patch this is to so for you to have your period. Its usual failure rate is 7 percent.