Woman with Lymphatic condition embraces self

Woman with Lymphatic condition embraces self 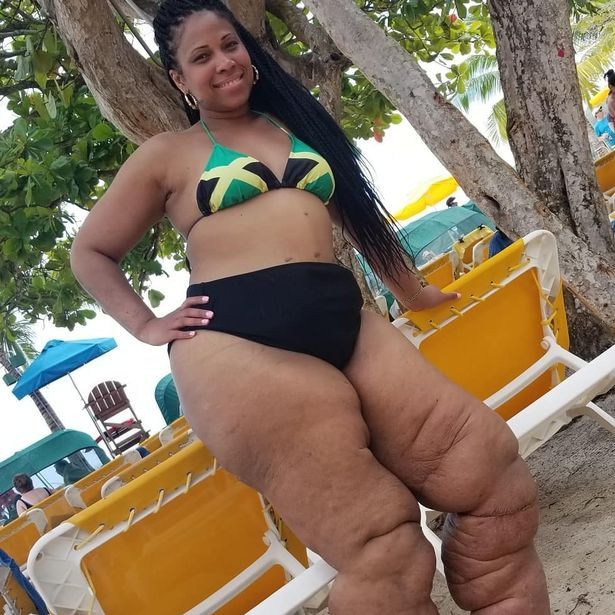 A woman who spent years hiding from people because she was self conscious about the size of her legs says she's finally embracing them.
Monique Samuels from Atlanta, USA, had these insecurities ever since she was diagnosed with lymphedema at 12-years-old.
The condition, also known as lymphatic obstruction, causes excess fluid to collect in bodily tissues and causes swelling in the legs.
It also gives the 35-year-old Master’s student joint pain and skin infections that have left her hospitalised.
In attempt to combat these problems, Monique has gone under the knife 10 times, according to DailyStar.
She also undertakes manual lymph drainage therapy regularly but sadly there’s no cure to her condition.

Monique said: “When I was 12, I sprained my ankle, and shortly after, my right foot and leg started to swell up.
"After going to several hospitals, I was referred to Lerner Lymphedema Center by an ER resident and that is where I was diagnosed – after about six months of hospital stays, MRI scans, blood tests and ultrasounds.

"I was very self-conscious about my appearance once the condition developed, no one was ever unkind to my face but I would hear things from others or just stares from people in public.
"I used to stray away from going out or doing certain things to avoid stares or feeling like I was dependent on others for help, when my legs were at their biggest.

"A lot of the time, I had to roll my legs in wraps and it just took away from any fun I wanted to have."
Monique used to hide away because of her condition.
She said: "I let the condition control my life and my decisions. I used to base all my life choices on how it would affect my legs or limit myself because of it."

But after years of battling with it, she decided she wasn’t going to let it hold her back anymore.
She said: "I was just tired of being sick and tired. It took time but I was happy to push through that thought process by doing life coaching.

"I used to always get comments from people saying that I was pretty but my legs were so big, and it used to bother me when I was younger but now I know I'm beautiful because of my legs.
"There is so much more to me than my condition, I’m proud of who I am and who I am becoming."

#health #selflove
If You want to add Image for your answer
Anonymous?