My experience with a Pedophile

My experience with a Pedophile 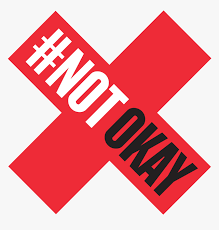 The rape allegation against the popular Nollywood actor (baba ijesha) is why I want to share my experience with a pedophile. Actors are calling theirselves out for either supporting or against the man's action.

When there is a rape allegation, especially a pedophile case, don't pick sides until facts are presented.

I was 14 years and the school was on holiday when my I told my mum I will like to spend the holidays with my elder sister a lecturer in a university.

I spent two weeks with my sister, and my stay was fantastic. I made new friends, learnt a new skill, and had new experiences.

The break was over,and my sis asked one of the senior lecturers on campus(a professor and Dean of his department) going to the same town to carry me along.

After waiting for hours, the man finally showed up( an old man going to 65 years) he was planning on retiring soon to face his business.

We exchanged pleasantries, said my good byes to my sister, and we moved. Along the way, he asked of my age, my class, and other normal questions.

After minutes of silence, he then asked do you have a boyfriend? I innocently answered No! because my mind never went to something like that. All of a sudden, while I'm motion, he carried my hand and placed it on his p*enis.

I froze! For the first time in my life I touched a p*enis. It wasn't erect, just there. And this man cheered me to caress it, play with it so it can become erect.

I struggled to take my hands off, but he pinned my hand on it with one hand, while using the other hand to drive. At a point I stopped struggling and left it there.

I felt dirty, and felt like puking at the same time. Suddenly, it started raining and the man said "thank God, it's a good time to do that thing".

My heart beat faster and almost jumped out of my chest. Before I forget, this man said your dad took your mom away from us(he's from the same town with my mom) so he's also taking me back.

I was praying in my heart and thinking of a way out because he was looking for a place to park so he could have sex with me. I wasn't close to my parents, so I know if he rapes me I won't be able to tell them at home to avoid be judged or shamed.

Luckily, two women were by the road begging him for a lift. He was pissed, and disappointed. But he had to help them. I thanked my stars, and all through the journey, he  tried touching me casually.

Finally, the women dropped and said "he was sorry that the women disturbed our mood".  In my mind I was like, what mood? I told him immediately the women came down that I was dropping too.

He said he wanted to get something around, and then drop me off where it's easier to get a cab home. Okay, to my surprise, this man took me to his hotel and asked me to come down with him and rest inside.

This time around, I said no, and will like to go without his assistance. He tried so hard to convince me, but I told him I'm doing no such thing.

When he became convinced that I won't bulge, he gave me his address and promised me lots of money and material things if we picked a date to meet.

I said alright, that I will call him. That was how I escaped hours of horror in the hands of a pedophile. For days, the incident kept playing in my head.

I didn't tell my sis anything, two years later, she asked me on her own if that man did anything funny that day? I said no. And asked what happened? She said the man was accused of raping a student in his office.

Saynotorape Pedophile Sexeducation
If You want to add Image for your answer
Anonymous?