The worst form of betrayal

The worst form of betrayal 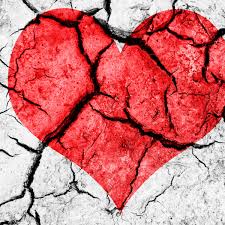 Some days ago, I stepped out of the laboratory to give patients their results. Few minutes later, a young intending couple walked into the laboratory without waiting to be called in for sample collection.

The woman's elegance caught my attention, she was a young and pretty woman. About a hour later, I heard a man shouting, and wailing in his language. The curious me went to the other laboratory but it was locked inside, few minutes later, the door was opened and the wailing man was the young man with the woman I saw coming in earlier.

What happened? A staff said that the man works in a different state and has been away for a year before fixing a date for his wedding. The wedding was supposed to come up in two weeks time before the church sent the couple to the hospital to run some test which is customary to most churches.

The results came out and the husband was clean except for the wife. Her RVs came out positive ( HIV). The obviously heartbroken man said they are in a no sex relationship and she (the woman) claims to be celibate years before they met.

Now, the result is not the problem, but the woman. She confessed to her fiancee that his younger brother has been sleeping with her for months, so he's definitely the one that infected her. That's when the man lost it and was wailing.

The woman was told to call her lover's younger brother so he can get tested.

The question is, can this young man forgive such betrayal, and who betrayed him the most? Share your thoughts.

Loveandbetrayal Marriage
If You want to add Image for your answer
Anonymous?

Are you serious? I can't imagine the pain that guy is in. And this is how most paternity fraud cases start, if the woman was not infected, they would have married and in between sleeping with the brother in law she becomes pregnant, and says the husband owns it. For me, the lady deserves my forgiveness but won't go ahead with the marriage, while my blood brother that's supposed to gat my back but betrayed me cannot be forgiven.