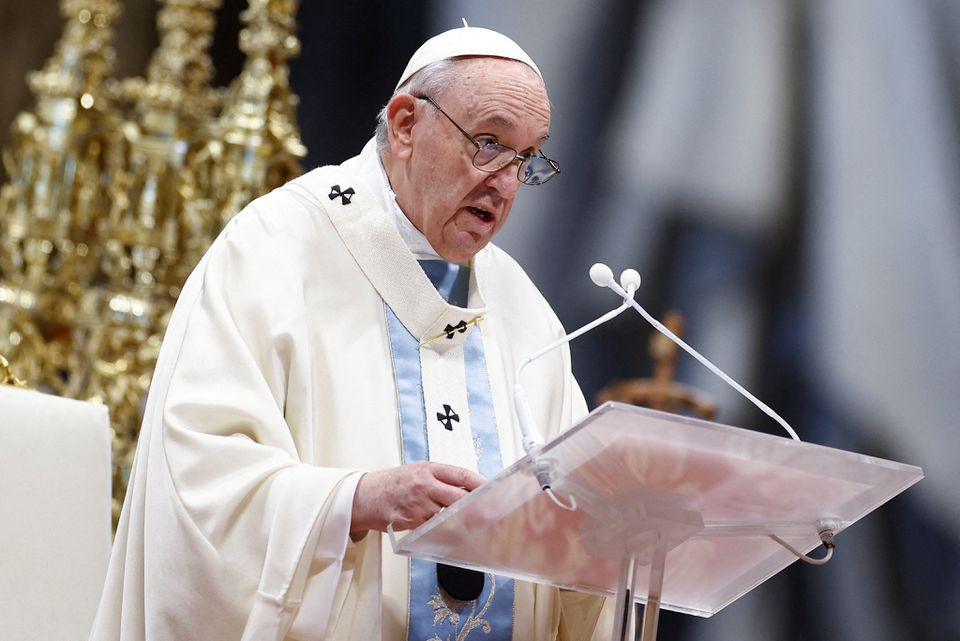 Pope Francis has issued a clarion call for an end to violence against women, saying it's an insult to God.

Francis, 85, made the pleas as he celebrated a Mass in St. Peter's Basilica on the day the Roman Catholic Church marks both the solemnity of Holy Mary Mother of God as well as its annual World Day of Peace.

In his New Year message, the Pope made a strong plea for an end to violence against them.

"And since mothers bestow life, and women keep the world (together), let us all make greater efforts to promote mothers and to protect women," Francis said.

"How much violence is directed against women! Enough! To hurt a woman is to insult God, who from a woman took on our humanity -not through an angel, not directly, but through a woman," he said, in a reference to Jesus's mother Mary.

Since the COVID-19 pandemic began nearly two years ago, Francis has repatedly spoken out against domestic violence, which has increased in many countries since lockdowns left many women trapped with their abusers.

During an Italian television programme last month, Francis told a woman who had been beaten by her ex-husband that men who commit violence against women engage in something that is "almost satanic".

GBV Happynewyear Domesticviolence Women
If You want to add Image for your answer
Anonymous?