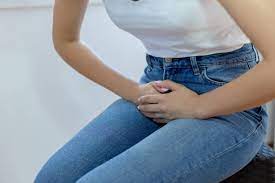 Urinary tract infection also called UTI is an infection in any part of your urinary system which includes your kidneys, bladder, ureters, and urethra. It associated with some characteristics such as increased or frequent use of the toilet, difficulties when peeing, among others.

It could be in form of relapse- previously isolated bacteria responsible even after treatment, or re-infection- due to the same bacteria or other bacteria. Recurrent UTIs are common among healthy young women due to various reasons which include:

According to a report1, there is no proven link between recurrent UTIs and the following: holding urine, wearing tight underwear, pattern of wiping that is front to back and vice-versa, and douching. *I leave you guys to share your opinions about this*.

uti recurrentuti sexualactivity menopause infection
If You want to add Image for your answer
Anonymous?

Welldone Miss petite. About not finding a strong link between recurrent UTIs to some habits, I will like to state my opinion based on my education and years of experience as laboratory scientist.