My experience in a public transport

My experience in a public transport 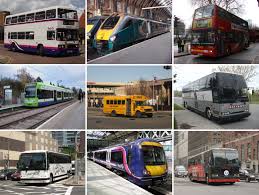 I have heard a lot of people's experiences in a public transport especially when traveling. My experiences have been kind of normal like the woman who sat beside me while traveling and couldn't stand the smell of fuel. She vomited all over me that we had to stop for me to clean up, the other one was a man forcing me to give my life to Christ because I was putting on trouser.

The ones that top the lists for me are;

1. I entered a taxi and I was the only woman in the car with gentle looking men. I was seated at back with a man wearing suit obviously going to work. Few minutes to our journey, this man legit put his hand inside my gown and was confidently starring at me while at it. For a moment I froze. I was too embarrassed maybe for him or for myself that I couldn't say a word but tell the driver to stop the car. I came down and this man was still smiling at me till the car drive off.

2. My second experience, the school was on break, and my journey had been a smooth one for the past 3 hours. An hour to my destination, the driver picked a suspicious man on the road. This man was looking so rough and kind of unstable.

Everyone in the car expressed their concerns about the guy, but the driver said he wouldn't dare try nonsense in his car.

Almost everyone had dropped in their respective destinations, which left me and the suspicious man at the back seat and another passenger at the front with the driver.

In the middle of no where (bushy area), this man moved over to my side stretching his hands toward me. I asked what he wanted (I thought he wanted to wind down the window) only for this man to start dragging my phone with me.

I shouted and the driver asked what happened? He parked, came down and opened the door to know what was happening. I told him this man was dragging phone with me, and the man replied that I'm distracting him with my phone.

How? He said I was pressing it too much for his liking. The driver asked me to come to the front while the man at the front went to the back. Few minutes again, the suspicious man asked the driver to drop him in another busy area and he refused to pay him.

Public transport Myexperience Travelingexperiences
If You want to add Image for your answer
Anonymous?

Your experience with that pervert is crazy. And to think he didn't care about his actions means something is wrong with him psychologically.

I haven't had any personal experience, but will like to share my younger sister's experience. She came back home angry and ranting. According to her, she said a man sitting next to her in the bus was using his hand to caress her buttocks. She first thought it was a mistake, until the man used his other hand to stroke his p*nis, that was when all he'll let loose.

She did not only insult the man, but held onto the hand he used in caressing her and pressed it against the iron sit till he pleaded for mercy.