Do Female dogs give birth till they die

Do Female dogs give birth till they die 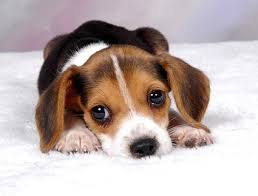 I just heard the weirdest thing today. My neighbour's dog gave birth to a puppy (just one) last week. This dog had given birth to lots of puppies before, but this time around she gave birth to one.

I saw the dog outside today with the neighbour, I asked of the little puppy only to be told that it has been dumped in the bush to die. Why I said? And the reply is; it's a taboo for a dog to give birth to a puppy, it means an impending danger or bad omen.

I feel so sad for the little puppy whose life was caught short because of an old believe. I later learnt that, the older a dog is, the lesser the number of puppies they give birth too.

I'm just hearing this for the first time, does anyone know about this too?

Puppies Tabooandbelieves Pets
If You want to add Image for your answer
Anonymous?

This is serious. Just hearing this for the first time but it's cruel though.